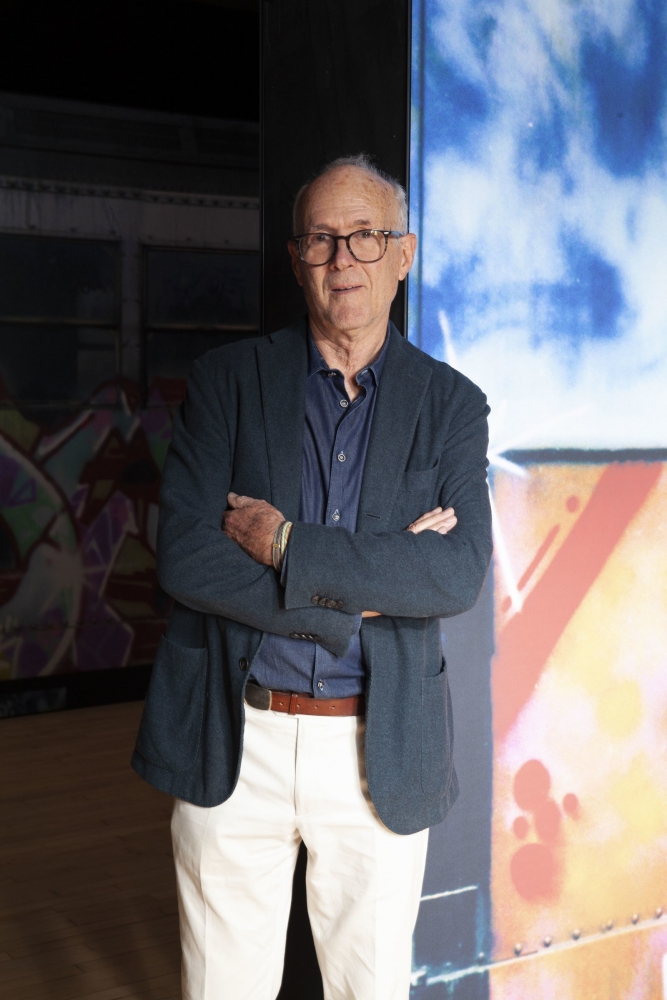 On the busy thoroughfare of Grand Concourse in the south Bronx stands a contemporary building resembling origami folds. Home to the Bronx Museum of the Arts, this cultural institution offers the Bronx and greater New York City seasonal exhibitions and an impressive permanent art collection. Currently on display is Henry Chalfant’s graffiti archive and Alvin Baltrop’s queer photography. The museum relies on donations and grants to guarantee free entry to all visitors, so a celebratory fundraiser dinner was a natural fit. 2019 marked the museum’s inaugural BxMA Ball, a multi-sensory gala co-chaired by Angel Otero and Jerome Lamaar.

The BxMA Ball honored artist Mickalene Thomas and art consultant and activist Racquel Chevremont. The two exemplified the evening’s art-meets-fashion style, dressed in full Gucci ensembles. Both foster deep connections to the museum; Chevremont as a Bronx native and Thomas who has been visiting the museum for nearly 20 years. Thomas told Vogue, “I initially became involved with the Bronx Museum of Arts with the late Holly Block many years ago through the aid program. After her coming to Yale University in 2000, I started coming to the Bronx and coming to their programs. I would come to all their exhibitions, friends’s shows, and any of their educational programs that I found impactful.”

The BxMA Ball was a fully-integrated Bronx affair, weaving the community into all aspects of the evening. Bronx-based Ghetto Gastro assembled a delicious meal of shrimp empanadas and jerk chicken, while a pop-up Bronx Brewery beer garden served craft beer with can art on display by local artists. While enjoying bottled cocktails by Wandering Barman at dinner, guests in bold printed blazers and cross-body harnesses proclaimed their Bronx pride. Bronx neighborhoods, subway lines, and local celebrities were the talking topics du jour among guests like Derrick Adams, Thelma Golden, and Sanford Biggers. A playful, high-energy performance by singer TK Wonder readied the supper crowd for a fabulous night to come.

After dinner, the party kids dispersed throughout the museum for a series of performances. A deejay set by artists Stefan Ruiz and José Parlá was accompanied by break-dancers B-Girl Rokafella and the Full Circle Souljahs in the Chalfant exhibition. While sipping Casa Noble cocktails, guests also danced to sets by NAR and Venus X in the museum basement. As if the night couldn’t get any more spirited, Bronx native singer Maluca delivered an energetic performance. With uninhibited bachata and merengue moves on exhibition throughout the galleries, an unknowing guest might have thought they wandered into a performance art piece—this was a case of dance imitating art that lasted long into the night.