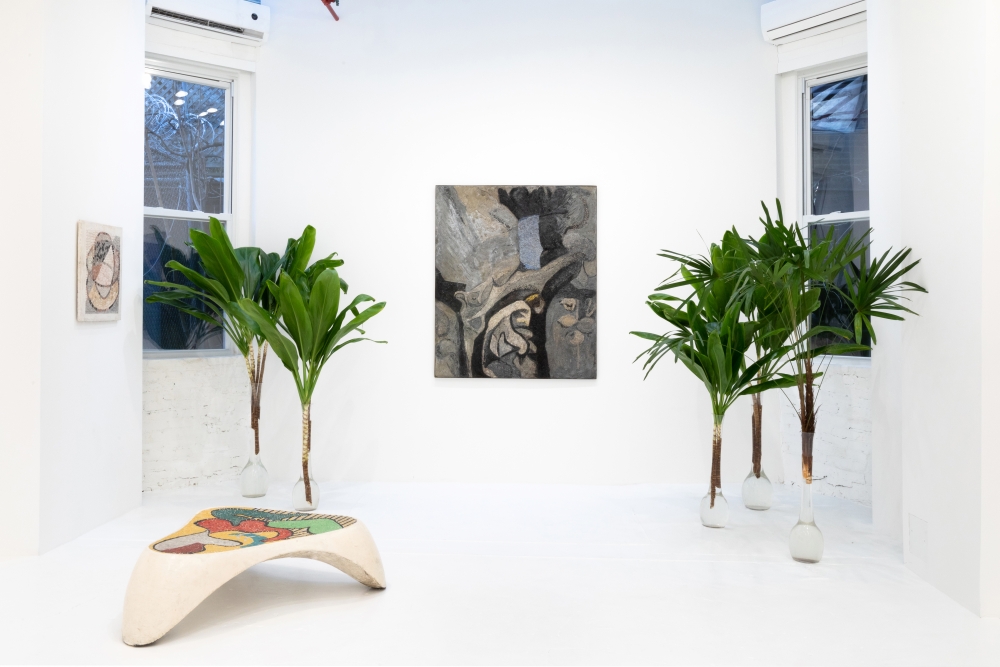 During the acent of Abstract Expressionism, Reynal reinvented the art of msaics, embracing lyrical geometries and biomorphism in a glimmering, varied body of wall-mounted and freestanding works.  This bountiful survey, filling two floors at Eric Firestone Gallery, spans three decades of the New York School artist's career, from 1940-1970. (Reynal died in 1983, at the age of eighty.) Her novel approach involved a degree of spontaneity that is not usually assocated with the ancient medium; a short documentary on view, from 1968 captures Reynal speedily sketching into wet cement and scattering stone tiles. Her early compositions are flat and graphic, as examplified ina 1943 collaboration with Isamu Noguchi, for which she decorated the surface of a low triangular table. But moody, encrusted works fromt he fifties play up the craggy topographical  potential of mosaics, which Reynal studied with a Russian master, in Paris, in the ninteen-thirties. By 1970, her pieces had become quai-figrative, seen here in striking procession of undulating, patterned pillars rising from a bed of white gravel.