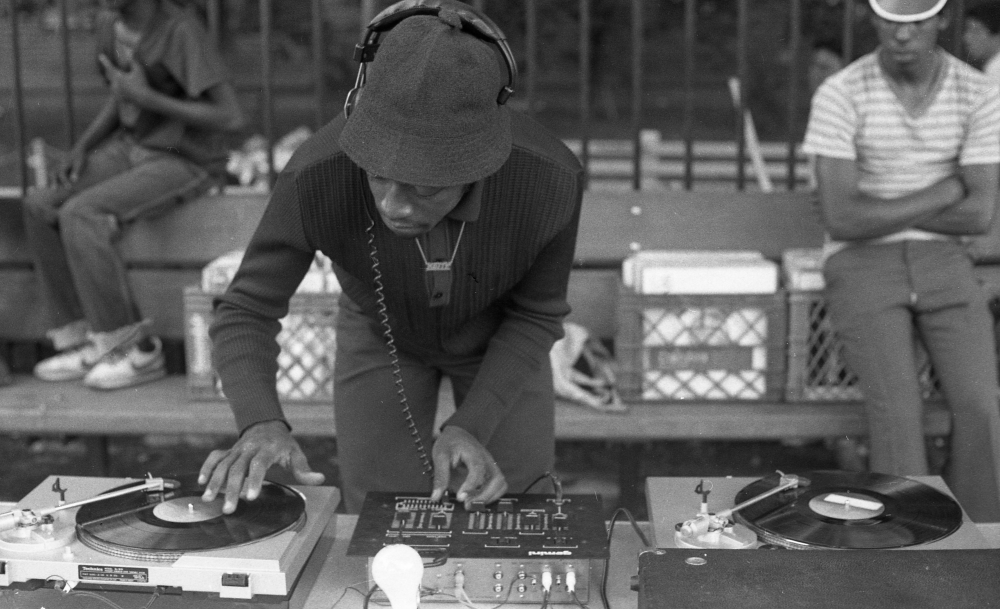 “Times have changed,” Aaron Goodstone said stoically, eyeing the spruced up brick tenement at Ridge and Stanton Streets on the Lower East Side, now hip, where his friend Martin Wong once lived. Thirty years ago, when Mr. Goodstone was a teenage grafiti artist, he vied with drug dealers for the corner pay phone to reach Wong in his buzzerless sixth floor walk up: a salon, a studio, an archive and a refuge among the crumbling buildings and gated storefronts.

Wong, a major painter in the East Village art scene, who died in 1999, was also a major collector. A mentor to young artists, he amassed about 300 works of graffiti in that small railroad apartment. Nearly 20 years after he donated his collection to the Museum of the City of New York, nearly 150 of those works are in “City as Canvas: Graffiti Art From the Martin Wong Collection.” The first exhibition of Wong’s collection, opening on Tuesday and running through Aug. 24, it is one of several graffiti and street art shows in the United States and abroad at museums and galleries in the past several years.

The exhibition prompted Mr. Goodstone’s recent trek to Wong’s old neighborhood. He was accompanied by the filmmaker Charlie Ahearn (director of the seminal 1983 film “Wild Style,” about New York’s hip hop and graffiti scene), who shot a 13 minute documentary for “City as Canvas.” The film shows how several artists helped the museum’s curators choose and identify the artworks, some unsigned or misidentiied: Mr. Goodstone, 47 (whose tag, or stylized signature, is Sharp); Lee Quiñones, 53, whose tag is Lee; and Christopher Ellis, 51, known as Daze. All four were friends with Wong, who told them that he wanted a safe place for his collection after learning that he had AIDS. “He always thought those first pieces, in a fundamental way, were the legs of a major art movement,” Mr. Quiñones said.

“City as Canvas” focuses on the 1970s and ’80s, featuring — along with the work of Mr. Goodstone, Mr. Quiñones and Mr. Ellis, that of Zephyr (Andrew Witten), Dondi (Donald White), Lady Pink (Sandra Fabara), Rammellzee and Keith Haring. They are among the pioneers who laid the foundation for the New York graffiti art movement. Many continue to work as artists. Mr. Goodstone has a studio in the Bronx and describes his current art as “abstract techno symbolism.”

To document the history and sociology of graffiti, an art form that widely inluenced popular culture, “City as Canvas” includes the artists’ sketchbooks, canvases and works on paper, multimedia art and watercolors. A small circle of photographers established credibility with the “writers,” who would leave messages on the photographers’ answering machines alerting them to the locations of new pieces. Photos by Henry Chalfant, Martha Cooper and Mr. Ahearn recall a city where youthful expression was spray painted daily on subway cars and buildings.

Wong “wanted to become the Albert Barnes of graffiti,” Mr. Ellis says in Mr. Ahearn’s film, refferring to Dr. Albert C. Barnes, whose notable art collection, rich in Post Impressionist and early Modern works, now has its own museum in Philadelphia. In the film, Mr. Ellis, Mr. Quiñones and Mr. Goodstone are shown in the storage space of the Museum of the City of New York, thumbing through sketchbooks or black books, pulling out canvases and describing the styles of the artists.

“This is a great moment for all the people who considered themselves part of the original collective,” Mr. Goodstone said last week. “It’s a great moment for Martin Wong because it’s a commemoration of his vision.” He added, “No one thought what we did had any longevity, but Martin loved street culture.” The show is a time capsule relecting a financially ailing city in a free fall that hit vulnerable youth especially hard, Mr. Goodstone said. They fought back through self expression, signing their creations using tags few could decipher.

Mr. Goodstone and Mr. Ahearn led a visitor around Wong’s old Lower East Side neighborhood, pointing out walls where graffiti had been painted over (the Attorney Street handball court) and remnants that survive (the ABC No Rio art center).

Pouring over Wong’s collection was a deeply emotional experience “because a lot of the artists are deceased,” Mr. Ahearn said.“The collection was never able to be seen,” he continued, “because it was all stacked on top of each other.” Highlights of “City as Canvas” include Mr. Quiñones’s “Howard the Duck” (1988), an oil painting; “Wicked Gary’s Tag Collection” (1970 72), which includes numerous tags, including ones by Phase2, Riff 170 and Coco 144; Lady Pink’s “The Death of Grafiti” (1982); and Mr. Ellis’s “Transition” (1982). There are also paintings by Wong, whose work the critic Roberta Smith of The New York Times hailed as “among the lasting legacies of New York’s East Village art scene of the 1980s and a precursor of the identity driven work of the ’90s.” There are remnants of the schism between the outlaw art form and mainstream institutions, as well as of the battle waged by city officials, who spent $300 million in the 1970s and ’80s to rid New York of grafiti, deeming it defacement of public property.

Initially, both Mr. Ahearn and Mr. Goodstone considered it a mistake for Wong to leave his collection to any institution, fearing it would languish in the basement. Now, they think that the Museum of the City of New York is a good choice because, as Mr. Ahearn said, “it places the emphasis on the historical nature of it, rather than the art world context.

As he combed through the collection, Mr. Goodstone even rediscovered some of his own work. Included in “City as Canvas” are grafiti representations of his name in black books and the 1983 painting “Kings Arrive,” which shows grafiti’s relationship to comic book art. Standing in front of ABC No Rio, at 156 Rivington Street, where Wong first exhibited, Mr. Goodstone pointed out the center’s name rendered by the Washington Heights grafiti artists (and brothers) Roger and David Smith, known as Sane Smith. The decades old letters were rendered in shades of yellow, pink, brown, blue and green. “This spray doesn’t exist anymore,” Mr. Goodstone said. The center, long a cultural hub for young artists, is where Wong met his mentor and friend Miguel Piñero, the poet and the playwright of “Short Eyes” who died in 1988. “I think we’re in the right window to look at what these kids were doing and its effects on culture,” said Sean Corcoran, the curator of “City as Canvas.” He mentioned Banksy’s one month renegade “residency” in New York in October. “It’s all over the world,” he said. “You have kids in Europe painting trains because of what they saw in ‘Wild Style.’"

But what, exactly, is grafiti? Mr. Ahearn said he liked Banksy, for instance, but considered him an illustrator of ideas. “Graffiti is really deined as someone who writes their name in an illegal fashion on public property,” he said. Mr. Goodstone refused to be drawn into definitions.“I’m an artist, period,” he said. “ ‘Graffiti’ does not accurately represent what we do. No term does.” Rather, he said, the graffiti writers were part of a broader cultural imperative to shake things up. “To be in the culture,” Mr. Goodstone said, “you have to write, spin on your head, D.J. or rap. Those are the rules of engagement.”