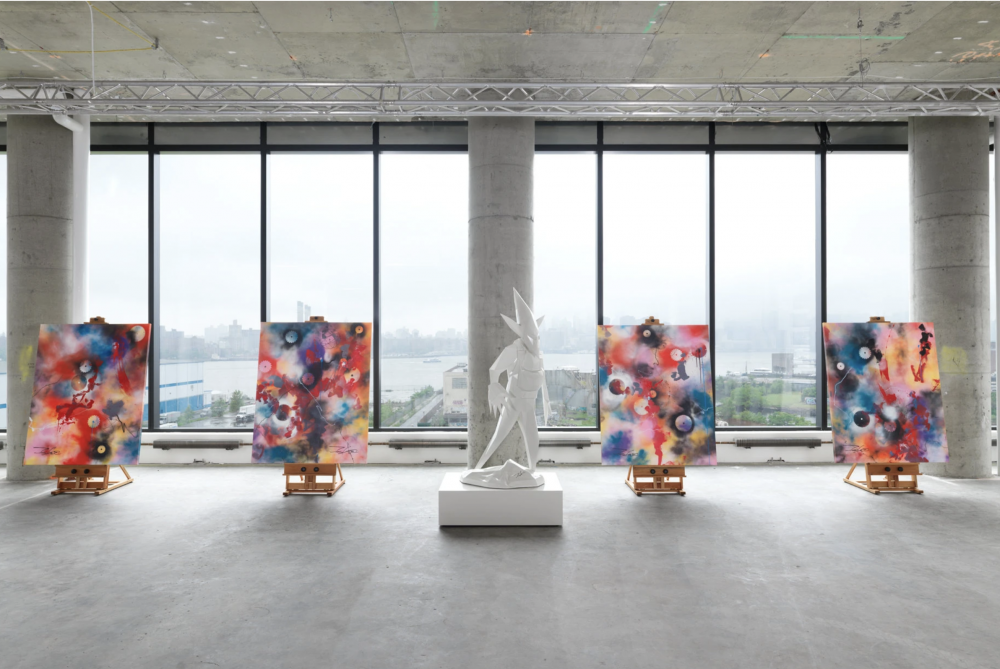 It’s important to remember that graffiti was never just one thing. Within a few short years from when scrawled tags first went up on walls and trains, graffiti became marketing, fine art, politics and more. The form evolved rapidly and spread widely, captured in an eternal tug of war between external legitimacy and internal credibility, between the outlaw fringes and solvency.

Admirably, the traveling exhibition “Beyond the Streets” tells both of those stories side by side, and sometimes all at once. Curated by Roger Gastman, it takes up two floors of a huge new development in Williamsburg, Brooklyn. Less a narratively driven exhibition than a themed amusement park of all things graffiti and post-graffiti, it embraces the movement’s many tributaries — even ones that seem at odds with one another, via an epically scaled show that takes in historical images and contemporary art, hyper-stylized abstraction and gut-level immediacy, news accounts and ephemera.

Once rebuffed almost everywhere, graffiti is now welcome almost anywhere: other art practices, other media, other philosophical zones. Look at the career of Futura 2000, represented in this show by one of his “Pointman” sculptures and some paintings, but who also has recently collaborated with the Mets, and also with Virgil Abloh (who is himself something of a graffitist). But maybe that’s not so different than the early-to-mid 1980s photos displayed here of storefront gates turned into exuberant murals — graffiti as intrusion, but also embrace.