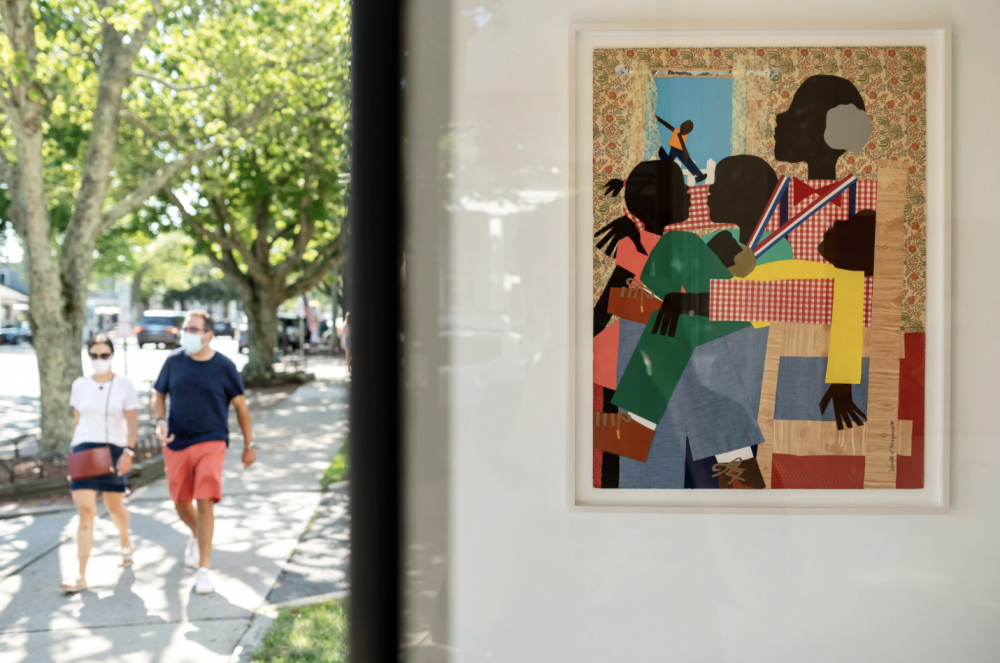 EAST HAMPTON, N.Y. — The art collectors were finally coming out of hiding here recently, albeit quietly and tentative-ly. The artists were, too. The lure? All of a sudden, they have a lot more gallery options lining the immaculate streets of this famously upscale summer town, a seemingly unexpected development in the middle of a pandemic. Since the beginning of June, five major art galleries have opened here: Pace, Skarstedt, Van de Weghe, Michael Werner and So-theby’s, all arms of New York art powerhouses. And more are on the way soon, in Montauk (Amalia Dayan and Adam Lindemann’s new venture, South Etna Montauk) and Southampton (Hauser & Wirth).
Eric Firestone — who has had a prime corner location in East Hampton for 10 years — said: “If it’s a great beach day, people aren’t coming in. And the newcomers will figure that out.”
Mr. Firestone also has a gallery in Manhattan, and said he specializes in “postwar American artists, with strong empha-sis on people who were missed or slighted, like Joe Overstreet and Mimi Gross.” He currently is showing work in East Hampton by the African-American painter Varnette Patricia Honeywood (1950-2010), whose works celebrating Black life were included in the set decoration for “The Cosby Show.”