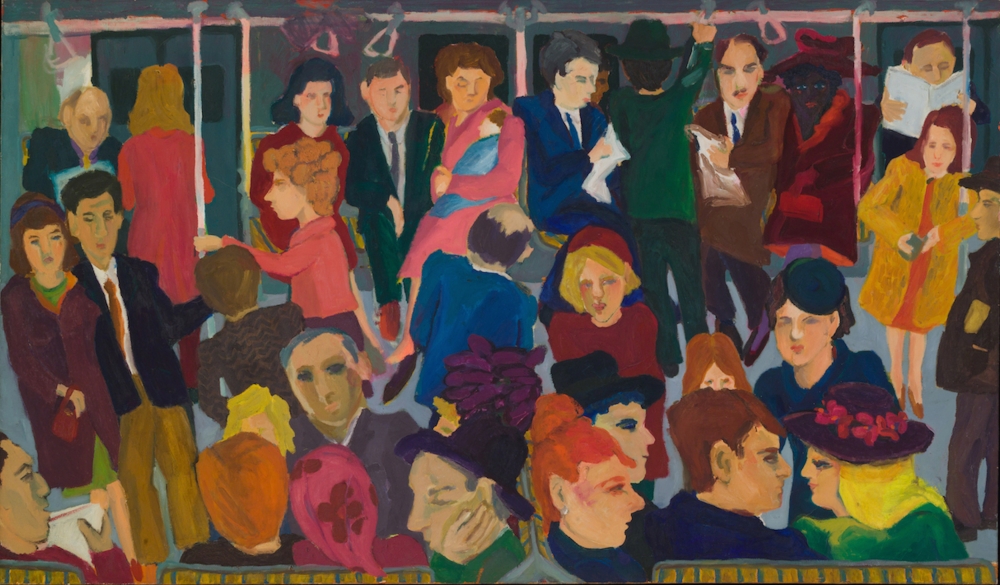 The exhibition Mimi Gross: Among Friends, 1958-1963 helps to set the record straight: Gross was a strong, confident artist when she met Red Grooms at the age of 18, and that her work continued to grow right up to their marriage in 1964.

Certain myths persist long after the truth is revealed. On August 16, 1987, The New York Times published the following “Correction”:

An article in the Arts and Leisure section last Sunday about the Red Grooms retrospective at the Whitney Museum attributed several of the artist’s large environmental works incompletely. The artist Mimi Gross collaborated on these pieces, which included “Ruckus Manhattan” and “City of Chicago.”

The issue — which The New York Times does not fully address in its “Correction” — is that Gross should have gotten equal billing for “Ruckus Manhattan” (1975) , “City of Chicago” (1968), and a number of other installations and films made during this time. However, even as I state this indisputable fact, I realize that the word “collaborated” does not tell the whole story, because the assumption is that Grooms was the author of “Ruckus Manhattan,” the one who dreamed it all up, and I have come to the unavoidable conclusion that that cannot possibly be true.